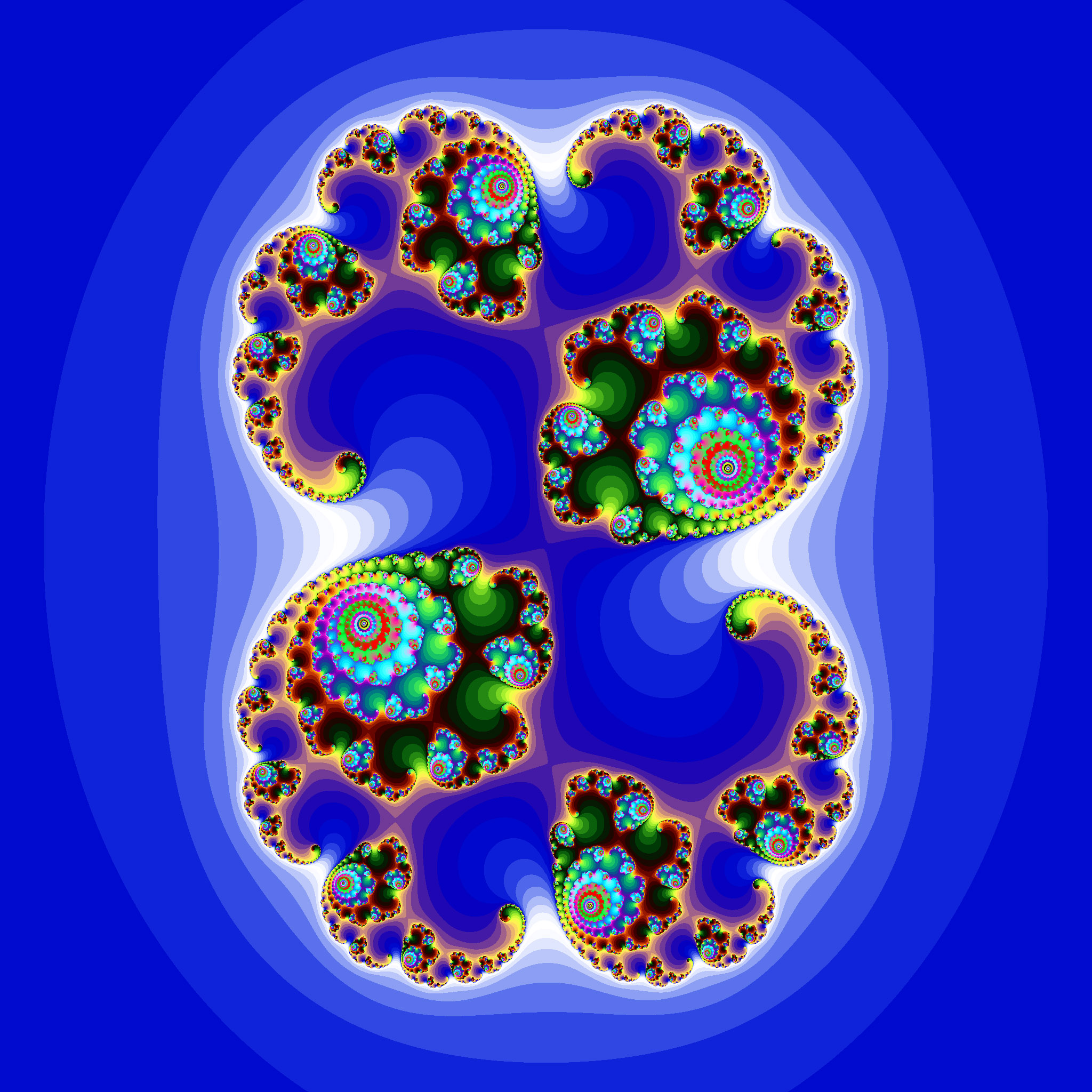 By Solkoll (Own work) [Public domain], via Wikimedia Commons

By George (Own work) [Public domain], via Wikimedia Commons

According to Paul Bourke:

The Julia set is named after the French mathematician Gaston Julia who investigated their properties circa 1915 and culminated in his famous paper in 1918. While the Julia set is now associated with a simpler polynomial, Julia was interested in the iterative properties of a more general expression, namely z4 + z3/(z-1) + z2/(z3 + 4 z2 + 5) + c.

The Julia set is now associated with those points z = x + iy on the complex plane for which the series zn+1 = zn2 + c does not tend to infinity. c is a complex constant, one gets a different Julia set for each c. The initial value z0 for the series is each point in the image plane. In the broader sense the exact form of the iterated function may be anything, the general form being zn+1 = f(zn), interesting sets arise with nonlinear functions f(z). Commonly used functions include the following: