Orbits of The Starship Mandelbrot, in 3D 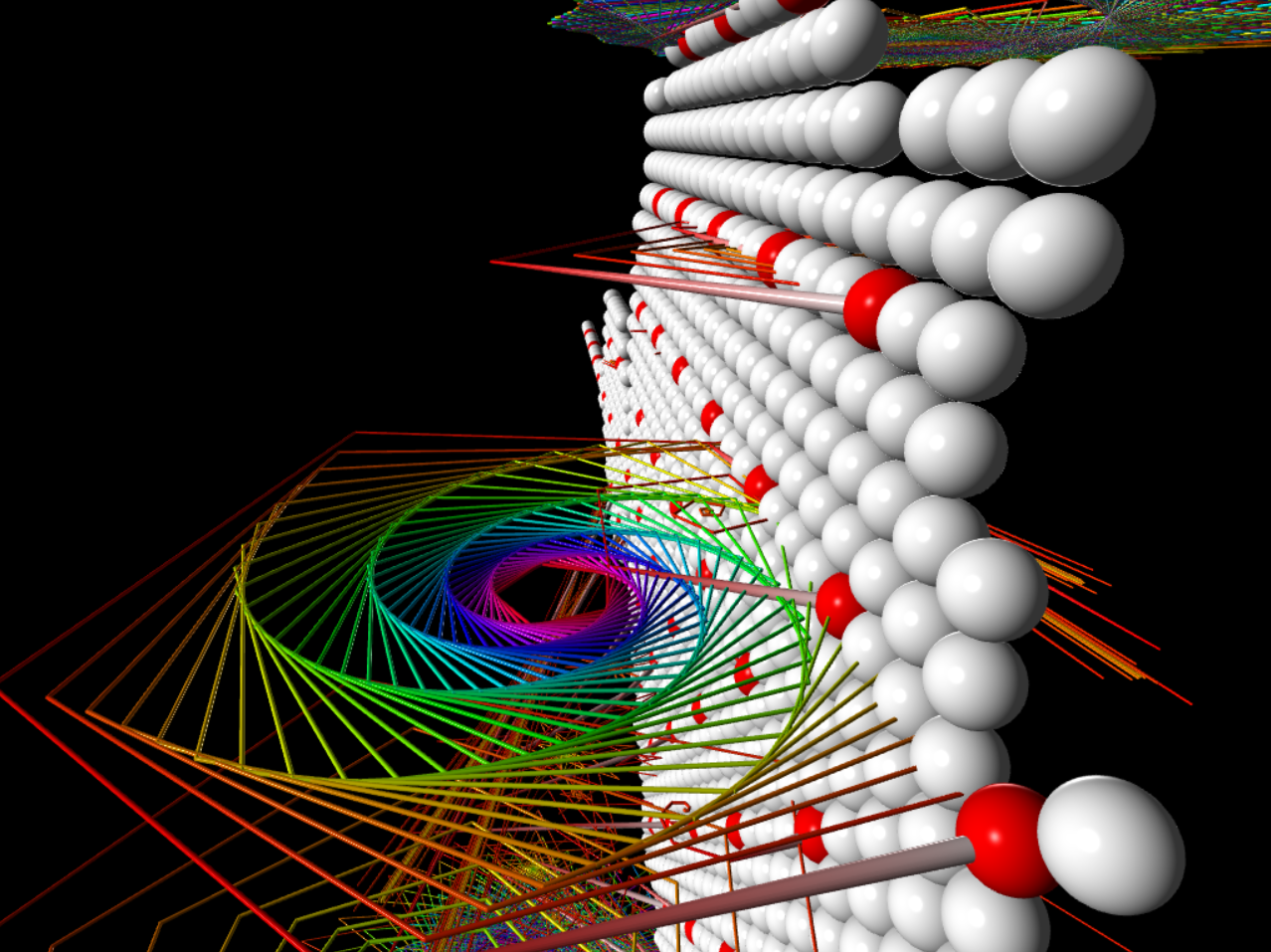 Orbits of The Starship Mandelbrot, in 3D.

In fractal mathematics, an orbit is the sequence of points in the complex plane traced out by the iteration of the function that generates the fractal. In the case of the Mandelbrot Set, we iterate z2 + c, where the complex number c is a point being tested for set membership, and z starts at 0. If the location of z remains bounded after many iterations, we declare c to be in the set, but if it shoots off (to infinity & beyond) it is not in the set.

To understand the mechanics of the Mandelbrot Set, it’s helpful to visualise the orbits. Here’s a nice animation (and here) that illustrates this, and here’s a nice interactive version. With those, you view 1 orbit at a time. If you tried to show more the picture would quickly become muddled. My 3D version alleviates that somewhat by swinging each orbit out from the complex plane into the 3rd dimension, by tilting it 90 degrees (rooted to its origin) via a line parallel to the either x-axis or the y-axis.

Still, if you plot the orbit of every point that was tested, it may still look a bit cluttered, so I alleviate that by showing the orbits of a subset of the points tested (shown in red). I also omit the orbits of points not in the set.

Glowscript code and my other efforts are available at Mandrian‘s GlowScript Programs. Vpython code will be available at Github. MIT License.