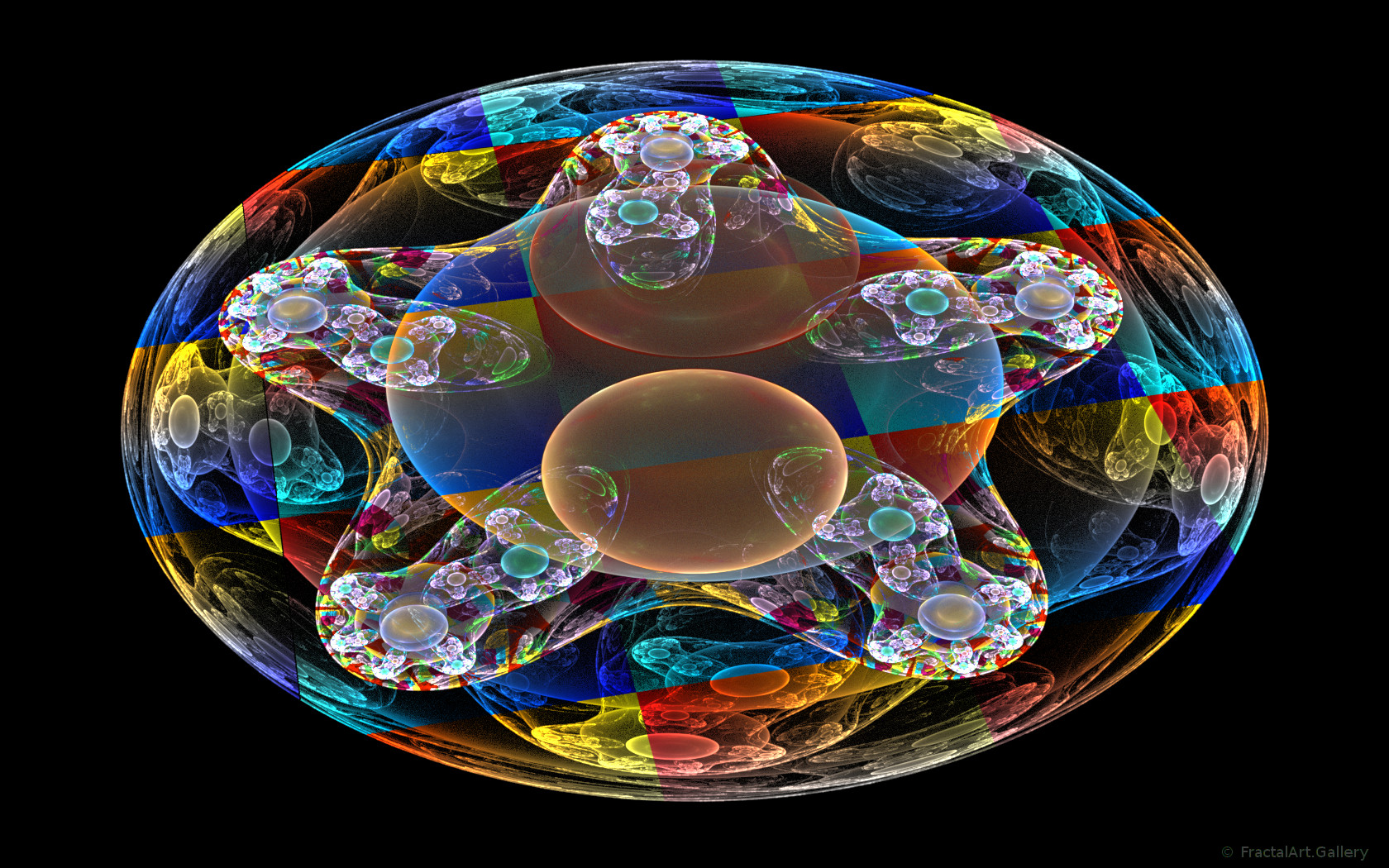 I wish that I could claim these pictures were the result of artistic inspiration after years of starving struggle and demon-haunted torment, but I am an honest man. I clicked a couple of buttons on my computer – occasionally often, as I selected the best mutations from a few evolving generations, and tweaked a parameter or two here and there. But I suspect that the originals were plucked from some distant universe by an AI in my computer.

Life on Another Mars by Alan Richmond

Biology on a Distant Planet by Alan Richmond

Generated with JWildfire by Andreas Maschke.

This work by Alan Richmond (‘Mandrian’) is licensed under a Creative Commons Attribution-NonCommercial 4.0 International License. Permissions beyond the scope of this license may be available at http://fractalart.gallery/permissions/.

Wikipedia: Extraterrestrial life is life that does not originate from Earth. It is also called alien life, or, if it is a sentient and/or relatively complex individual, an “extraterrestrial” or “alien” (or, to avoid confusion with the legal sense of “alien”, a “space alien“). These as yet hypothetical forms of life range from simple bacteria-like organisms to beings far more complex than humans. The possibility that viruses might exist extraterrestrially has also been proposed.

The development and testing of hypotheses on extraterrestrial life is known as “exobiology” or “astrobiology”, although astrobiology also considers Earth-based life in its astronomical context. Many scientists consider extraterrestrial life plausible, but there is no direct evidence of its existence. Since the mid-20th century, there has been an ongoing search for signs of extraterrestrial life, from radios used to detect possible extraterrestrial signals, to telescopes used to search for potentially habitable extrasolar planets. It has also played a major role in works of science fiction. Science fiction works, especially Hollywood’s involvement, has increased over the years the public’s interest in the possibility of extraterrestrial life. Some encourage aggressive methods to try and get in contact with life in outer space, while others argue that it might be dangerous to actively call attention to Earth. In the past, the clash between civilized culture and indigenous people has not gone well.

On 13 February 2015, scientists (including Geoffrey Marcy, Seth Shostak, Frank Drake, Elon Musk and David Brin) at a convention of the American Association for the Advancement of Science, discussed Active SETI and whether transmitting a message to possible intelligent extraterrestrials in the Cosmos was a good idea; one result was a statement, signed by many, that a “worldwide scientific, political and humanitarian discussion must occur before any message is sent”.

<
If you’re not in the USA, and you click through, Art.com will (eventually) offer to switch to your country…

One thought on “Alien Life Forms”